25 February 2021 – LVS Hassocks, a specialist school for children with autism in Sayers Common, has been celebrating after two of its students won a national mainstream sporting competition. 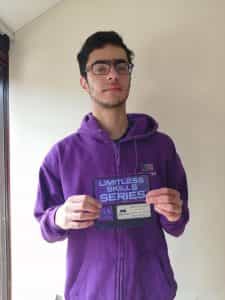 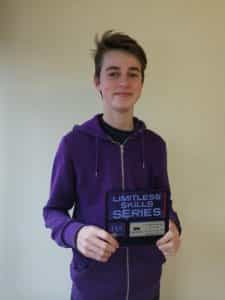 Shayan, Year 12 and Harry, Year 11, took part in the Independent Schools Association’s (ISA) Limitless Skills Series, which launched in November 2020 and beat off competition from thousands of students from over 110 schools to win the U18 and U16 trophies respectively.

Schools nationwide signed up for the programme, which featured a number of sporting challenges, or skills. Participants recorded themselves doing each challenge and then uploaded the video via the Limitless Skills app, to receive feedback from expert coaches and climb their way up the leader boards.

LVS Hassocks’ Principal, Jen Weeks, commented; “There are very few competitions that are open to young people with autism, that put them on a level playing field and allow them to compete with neurotypical children. When the ISA launched Limitless Skills Series, we seized the opportunity to sign up and were absolutely delighted when Shayan and Harry came first in their year groups.

“The pandemic has been a challenging period for everyone, and particularly for some of our students, who have been following the news closely. The Limitless Skills Series gave them something positive to focus on and they thoroughly enjoyed the distraction of taking part and being active.”

Scott Brand, National Sports Officer at the Independent Schools Association, added; “ISA’s Limitless Skills Series is designed to harness technology and engage children, transforming their time spent on-screen into time spent being physically active. Sport should be for everyone, and inclusivity was a key part of the programme design. We were delighted that LVS Hassocks signed up and even more so when Shayan and Harry’s determination and dedication saw them come top of their leader boards.”