Day To Remember For Pupils Playing On Amex Stadium Pitch

Dreams came true for a group of our pupils recently as they played on the same pitch as their footballing heroes from Brighton and Hove Albion. They stepped onto the pitch they have only previously seen from the stands at the Amex Stadium on Thursday 16th May as Brighton and Hove Albion welcomed a small number of schools to experience a truly memorable day.

Eight students were invited to take part in the Albion In The Community day, which started with a group training session where pupils were able to warm up on the pitch, led by a team of coaches. Once the pupils had taken in their surroundings and got used to playing in a large stadium, a succession of matches took place on the pitch where Manchester City’s international superstars had lifted the Premier League trophy just four days earlier. 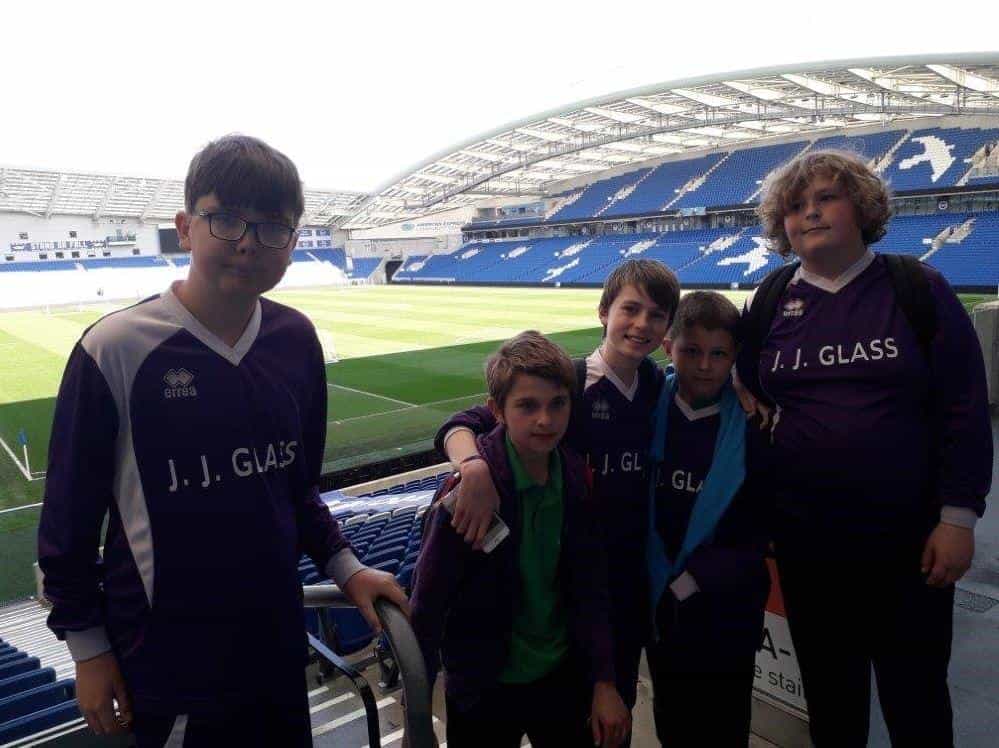 Kieran Green from Albion in the Community has been a regular visitor to LVS Hassocks this year to run PE sessions, engage pupils with physical activity and try more sports they wouldn’t have done previously. Kieran, who has cerebral palsy, is an excellent role model for pupils with autism and shows them that no disability should hold you back from doing the things they are passionate about. He was in attendance at the special ‘play on the pitch’ day as a familiar face for the LVS Hassocks students to help ease any anxiety they may have had.

Our Learning Support Assistant Lou Parrish, who organised the trip, said: “Being part of Albion In The Community events are so beneficial for our students as it gives them opportunities they would not necessarily otherwise have. Not many people can say they have played on a Premier League pitch. One of our pupils even said it was the best day of his life!”

Our links to Albion In The Community is just one of the ways we interact with the local community. We also work closely with Avtrade, the world’s largest independent aviation component services provider based in Sayers Common, and provides work experience opportunities for pupils in the local area such as working at Waitrose. Last term, sixth form students from Hurstpierpoint College also visited LVS Hassocks to run sports lessons and build a rapport with our pupils.